The opening ceremony of the XXXII Olympiad was originally going to take place on the 24th July 2020 at the new Olympic Stadium in Tokyo. However, due to the coronavirus outbreak, the IOC has decided a one-year postponement for both the Olympic Games and Paralympic Games.

There is a total of 43 Olympic venues, with the 2020 Tokyo Olympic will be focused on two main venue areas, the Heritage Zone and the Tokyo Bay Zone. Interestingly, the Heritage Zone was the site of the 1964 Summer Olympic Games and has been totally rebuilt for Tokyo 2020.

The Tokyo 2020 Olympic village location is located in Harumi (Chuo-ku, Tokyo), where security will be extremely high.

English is not widely spoken in Japan, so it is advised that visitors learn some basic Japanese and make use of a phrase book.

There is a low to medium security risk for visitors to the Tokyo 2020 Olympic and Paralympic Games. As with any large international event there does remain the risk of terrorism, and Tokyo 2020 is no exception to this.

The general security advice for the Tokyo 2020 Olympics is to be situationally aware and further to that, to ensure that you know where the nearest exits are in case of evacuation.

Tokyo as like other cities does have a level of petty crime that include pick pocketing, muggings and street crime. These types of crime against tourists in Japan are not uncommon and visitors should be on their guard for the likes of pick pocketing when in crowded places such as public transport.

Japan has faced issues with internal terrorism over the past few decades that have resulted in a small number of terror attacks in the country, the last being on the 1st of January 2019, when a vehicle was used to hit pedestrians, injuring a number.

The largest terrorist attack in recent history to strike Japan was the 1995 sarin attack that hit the Tokyo subway killing 12 and injuring 1050.

The Tokyo 2020 Olympics will be a prime target for terrorist groups such as the likes of ISIS, although Japan does not have a history of attacks conducted by Islamic groups.

In what is believed to be the first incident of its kind, in 2019, a number of Japanese men were arrested for attempting to join the Islamic State in Iraq, Syria and Yemen. Authorities made comment on two individuals but not on three others arrested around the same time.

Tokyo 2020 organisers and the Japanese Government do have to consider two unconventional terrorism threats, being cyber attack or weaponized drones, both are of course credible methods.

The main concern with cyber-attacks is of course the disruption of vital strategic infrastructure such as power supply or transportation.

The Weaponization of commercial drones is a major concern given how unregulated they are and the ease in which they can be altered to accept explosive payloads. Further details on the weaponization of drones is the subject of an article here: Drones: useful tools, toys or weapons?.

The Japanese Government and Olympic Committee have really upped their game when it comes to security for both visitors and athletes at the Games. For the very first time in Olympic history, facial recognition will play a great part in securing the Tokyo 2020 Olympic and Paralympic Games with a facial recognition ID system being used to Identify all athletes, volunteers and staff.

The addition of facial recognition will, if it is implemented without too many technical hitches ensure that queuing is kept to a minimum and that access to restricted areas is better managed. It is also understood that this technology will be deployed across Olympic venues as an intelligence tool.

Japan is in an active seismic zone. The last major earthquake in Japan was the largest the country has ever seen. March 2011 saw the Tohoku earthquake, a magnitude 9.0 earthquake that triggered a tsunami that killed an estimated 29,000 people and caused failure of the cooling system at the Fukushima Daiichi Nuclear Power Plant leading to meltdown of the core of the nuclear reactors.

Visitors to Tokyo 2020 are reminded to ensure that they are familiar with the country’s earthquake procedures, more information on these and instructions on what to do in an earthquake can be found in English here: Earthquakes: What to do before, during and immediately after.

If you are planning to visit Tokyo 2020 and are interested in Private Security Services for the duration of your stay, for further details, please visit: Bodyguard Services Japan

Tokyo is well prepared for the Olympic Games and the city boasts a great transportation network, although it is suggested that visitors make use of the public transportation system during the Games and avoid driving.

The Tokyo metro system is one of the best in the world and is the most effective and efficient way to travel in and around Tokyo. To travel out further afield to outlying Olympic venues, trains are by far the best option.

Japan is known for its bullet trains that will soon be superseded by the next generation of trains, the SC Maglev that will make its debut at the Olympics, although these trains will not commence commercial operation until 2027.

The main rail line around Tokyo is the JR Yamanote Line (山手線 Yamanote-sen), which runs in a loop around central Tokyo; JR's lines are color-coded, and the Yamanote is light green, JR Chuo Line (orange, 中央線 Chūō-sen) and Chuo-Sobu Line (yellow, 中央・総武線 Chūō-Sōbu-sen)

Tokyo Subway or Metro as it is also known is easy to use, although it is wise to use an App to aid navigation, there are a number of these including: Tokyo Subway Navigation and Tokyo Metro, the later is available in English, Chinese (Simplified and Traditional), Korean, Thai, French, Spanish and of course Japanese.

Announcements and signs are usually bilingual in Japanese and English, but Metro Staff will more than likely NOT speak English.

The most cost-effective option for using the metro is purchasing a prepaid Suica or Pasmo card. These can be obtained via vending machine and Suica cards can be purchased GoVoyagin.com and picked up at the airport as you arrive. 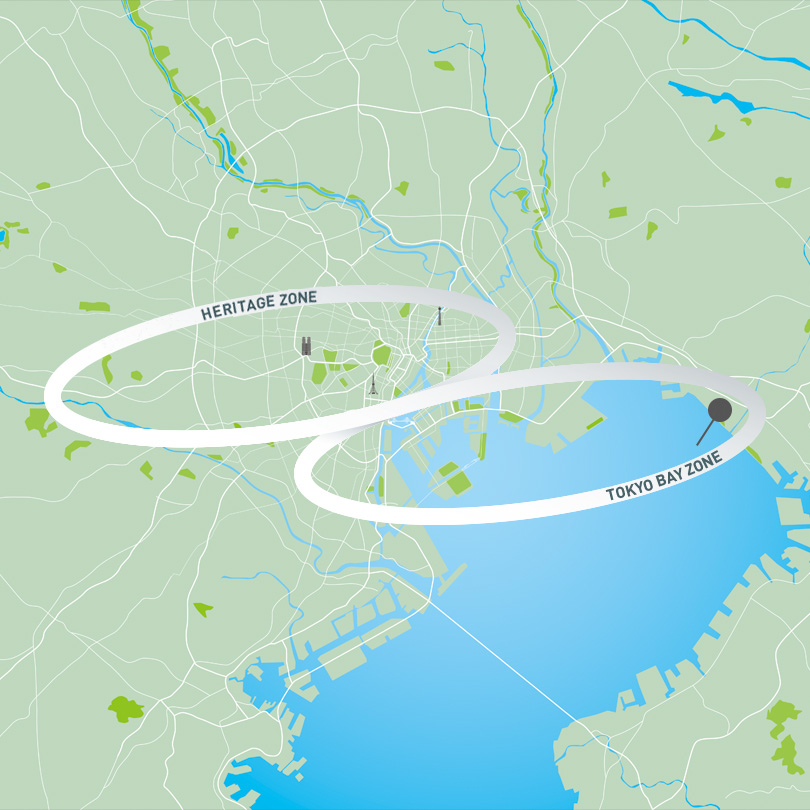 Visitors from many countries will be able to go to Japan for the Tokyo 2020 Olympics without any form of visa for a period of 90 days. These visa-exempt countries include the UK, US, Canada, all EU countries, Australia, and New Zealand. In time for Tokyo 2020, the Japanese Government launched its new eVisa platform. More details of that can be found on the official website, here: eVisa Japan

It should be noted that you may need to provide evidence of a return or onward ticket before entering Japan.

The summer heat in Japan may pose a problem for many visitors, summer 2018 temperatures hit a record 41.1C just north of Tokyo seeing a number of residents being hospitalised. Hydration is important, as is the use of sun creams and of course shade where possible.

Indicators of dehydration include:

No special immunizations or medications are necessary for most trips to Japan. However, the following are advised: Influenza, Japanese encephalitis, Measles and Tetanus.

Okinawa Prefecture Department of Health issued a warning for Hand-Foot-and-Mouth disease. Yaeyama is the worst area affected, parts of Okinawa main island including Naha, especially the southern and middle region. Altitude including Acute Mountain Sickness, a potentially life-threatening condition can be experienced in destinations where altitude is high, there are parts of the country with high altitude of 2400m or more. It is adviseable to take out comprehensive travel and medical insurance before you travel.

A full list of embassies and consulates in Toyko can be found here: Embassies in Toyko, Japan.

The information contained in this Travel Advice for Toyko 2020 is provided for information only. Whilst care is taken to ensure that this country brief is as up-to-date and accurate as possible, it is provided on an "as is" basis without any representation or endorsement made and without warranty of any kind, express or implied. Intelligent Protection International Limited does not assume responsibility and shall not be liable for any damages in connection to the information provided.